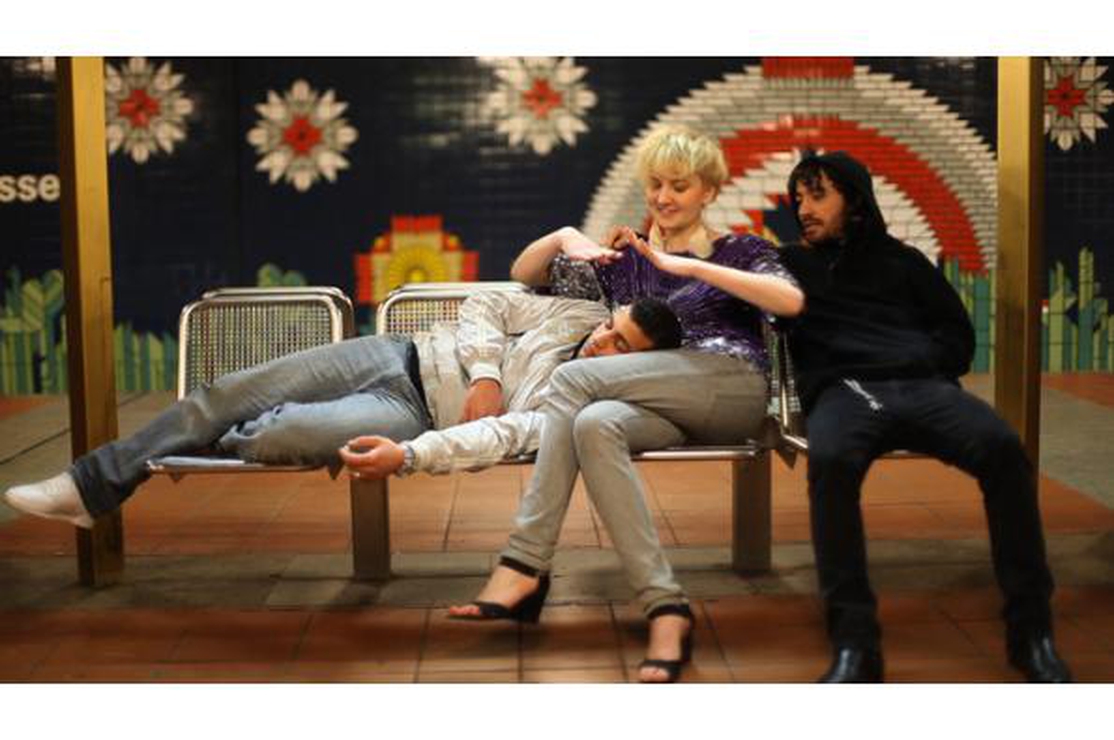 As an accompaniment to Nach Spandu (2010) installed in the exhibition, there will be a screening of NYX (2010) and Auditorium (2005) followed by an artist's talk by Clarie Hooper in which she will discuss the 3 films.

NYX: Furat, intoxicated youth from Kreuzberg is lost on the U-bahn to Spandau, and travels through the realm of the Night. His odyssey introduces him to many of NYX's children, including Rage, Retribution, Guilt, Hallucination, Dreams, Sleep and Death.

Nach Spandau: Cold war architect Rainer Rummler's career is laid out like a string of pearls underground of berlin. His U7 line, built for west berliners to negotiate the Wall above ground is his masterwork. Now the Wall is a ruin, his work is also slowly being eroded by renovation. The night gives the space to witness it.