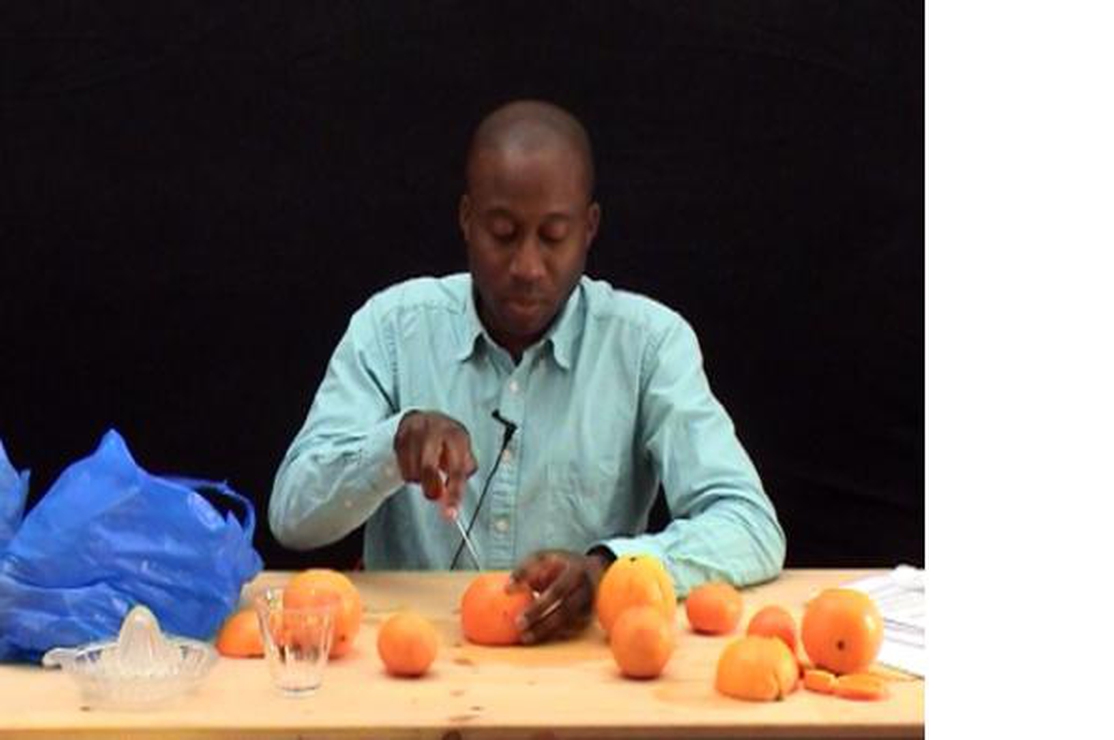 A recently completed video work, Pith, Pip, Pulp, Peel takes as its starting point a road in East London. A man, taking on the role of presenter, gives a monologue describing the functions of the road's architecture, using oranges as descriptive props. His performance is interrupted by periodic episodes that resemble commercial breaks or the cutaways of television news, focusing on the particulars of material and movement along the road.

Michael Snow's Breakfast, like his earlier Wavelength, is structured around a simple linear movement. However, instead of a zoom, here the camera tracks forward across a table littered with objects. The frame in Breakfast is not a porous space but a flat, annihilating presence that destroys what it encounters.